We just had a whole week holiday last week.

We Japanese were once said as work bees. However, our attitudes are changing recently especially after the earthquake and Tsunami in Northern area of Japan.

Most manufacturers in Japan must have had a whole week holiday from April 29 to May 6 2012.

May 5th is our national holiday for children and this is traditional ceremony for boys since boys were a bit difficult to raise up when comparing to girls at that time.

The tradition came from China. (according to the Wikipedia, though.)

We also put up fish shape banners to celebrate it as below. 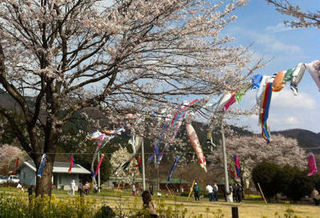 The fish are carps. They are flying carps!

Carps tend to ascend waterfall, it is said so.

We also eat some sweets on that day. It is said "Kashiwa mochi".

It is sweet rice cake and sweet azuki stuffed in it. 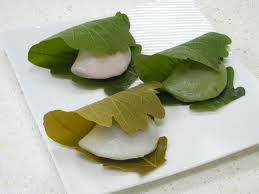 The leaf wrapped around the cake is Japanese Emperor Oak. (also ref. to Wikipedia)

Ms. Hoshino who's born in 1989 didn't know the reason why we eat the Kashiwa rice cake.

Mmmmm….we are loosing the meaning of it and tradition…. 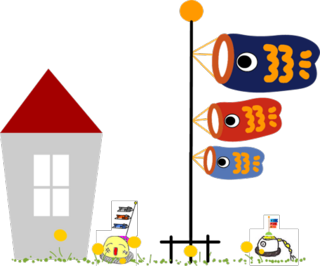