January 21-23 2014 at New York City, the world largest HVAC&R exposition was held. We were one of the exhibitor of that show, booth no 6926. Our products were presented as Vantech products for various types of filtration machineries. Our Exhibited products were Metal Filter. 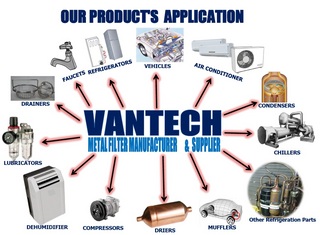 Generally, AHR EXPO (Air conditioning,Heating, Refrigerating Exposition) is held in different place every year around the United States of America. Last year AHR Expo 2013 was at Dallas and this year at New York. Our second experience realized that HVAC&R EXPO is the Largest and most comprehensive exposition in the world, thousands of attendees from all facets of the industry, contractors, engineers, dealers, distributors, wholesalers, OEMs, architects, builders, industrials plant operators, facility owners and managers, agents and reps were participated.

Despite of heavy snow falling, large numbers of visitors were attended at the show; -20 degree Celsius was the minimum temperature and complicated to move around the street. Unexpected snowy weather discouraged at the first to make perfect show but the real happened opposite, large numbers of people’s movement were seen around the Exhibition Hall. HVAC&R news journal Wrote that; According to Show organizer International Exposition Company, a total of over 61,000 attendees (43,000 visitors and 18,000 exhibitor personnel) registered for the 2014 AHR Expo. HVACR professionals from all 50 states and over 130 countries braved the elements to see the latest products and technologies on display from over 1,900 exhibiting companies from around the world. Pending verification, these figures make the 2014 AHR Expo the event with the highest registered attendance in the history of the exposition. “We were obviously very concerned when the weather forecast predicted there would be a snow storm on opening day and arctic cold the last two days of the Show,” said Clay Stevens, President of International Exposition Company, which produces and manages the AHR Expo. “However, we were encouraged when we saw thousands of people pouring into the Show as if the weather wasn’t even a factor.” But the last day was fewer than expected. 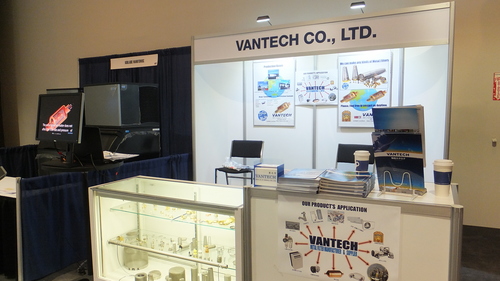 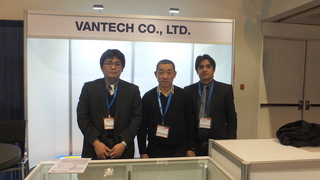 The show was held for 3 days constantly (January 21st to 23rd). Our booth was located at the edge of the center hall. Most of the neighbor exhibitors were Chinese and little number of American and Mexican. First and second days show was held 10 am to 6 pm but the last show was 10 am to 4 pm. We had a chance to deal various numbers of visitors and customers. Distributors form Europe, America Canada and Mexico were interested to make trade with our products and discussed on the table.
World Largest HVAC&R Manufacturer Emerson, Mitsubishi, Daikin were interested and discussed with us. Most of the exhibited products such as compressors, accumulators, chillers, lubricators, heating and cooling measurement units were used metal filter that’s why we focused to deal with them at the time of last show, and distributed our company’s prospectus and catalog, also exchanged business card for further business relationship. Our main ambition to attend to these kinds of exhibition is to make face to face discuss on table even there won’t occurred any contradiction on real products while trading in the future.

According to our President Mr. Toru Oshima“New York AHR EXPO was defeated by the power of Chinese company”those mean Chinese companies are getting strong to build up their reputation around international market in short period. Therefore, we have to consider how to manage our world appreciated quality products in suitable cost; it’s time to be serious on foreign business strategy.