has been chosen to host the 2020 Olympic and

Paralympic Games ahead of Istanbul and Madrid. Japanese capital won the final
round of voting by international Olympic Committee (IOC) member if Buenos Aires
to beat Istanbul by 60 votes to 36. And hope Japan will grow up its economic
prosperity which had been affected and collapsed  2011 by great disaster and Tsunami.

The announcement
was met with jubilant scenes in japan, as Tokyo prepares to host the event for
the first time since 1964. Their creation of Olympic was inspired by the ancient Olympic Games,
which were held in Olympia, Greece, from the 8th century BC to the 4th century
AD. Baron Pierre de Coubertin
founded the International Olympic Committee (IOC) in 1894. The IOC is the
governing body of the Olympic Movement, with the Olympic Charter defining its
structure and authority.

At the time of 1940, September 21st
to 6th October when Tokyo Olympic Games was confirmed to held, were
cancelled due to the outbreak of World War II.

The Olympic
Games of 1940 were awarded originally to tokyo. But the outbreak of the Sino-Japanese
War (World War II), the games were taken away from tokyo due to the many
nations wishing boycutt. The games were then awarded to Helsinki, Finland.  The Helsinki Games were to stage a 5,000km
torch relay and the games were set to begin on July 20, 1940. After 24 years
leter tokyo elected to the host of olympic games in 1964. The Olympic Ceremony is
devided into to series such as summer and winter but most of the game were held
in summer and it is held between 4 years in different place of the world choosed
by voting. 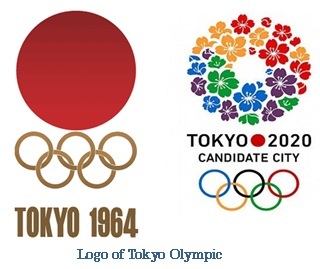 The Games are held
every four years. They are the largest sporting celebration in terms of the
number of sports on the programme, the number of athletes present and the
number of people from different nations gathered together at the same time in
the same place.The Games are a well-known event, but are also part of a broader
framework which is thatof the Olympic Movement.

The purpose of the
Olympic Movement is to(According to IOC);

– link sport with culture and education;

– promote the practice of sport and the joy found in effort;

– help to build a better world through sport practised in a spirit of
peace, excellence,

World brotherhood,
realizaion of every human`s spirits and nature of sensitive human etc., Olympic
Game combined such a things that world`s people can express their either
activities or action to other people and for their financial prosperity too.

So, join hands together
to make succsses. !!